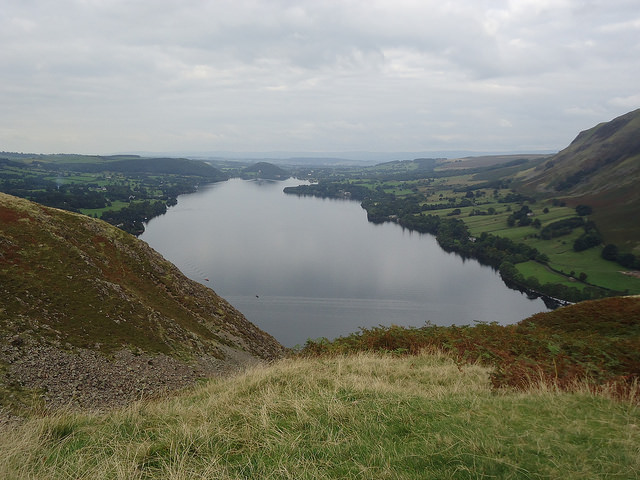 While there are literally thousands of lakes layered across the landscape of Britain, tell someone you’re ‘heading to the lakes’ here, and they will immediately know precisely which set your setting off for.

That’s because there is a group of ponds so ravishing, so romantic, and so revered throughout the land that they’ve become known simply as ‘The Lakes’, and these heavenly bodies of water and their surrounding mountains became the basis of the much beloved Lake District National Park.

Not nearly as well-known outside of Britain as it should be, kind of like Salcombe, Devon, The Lakes is the most cherished (and visited) outdoor playground in England, and Ullswater Lake might just be home to the finest combination of natural beauty, authentic charm, and cozy accommodation among them. Here’s a quick guide to Ullswater Lake to get you started. 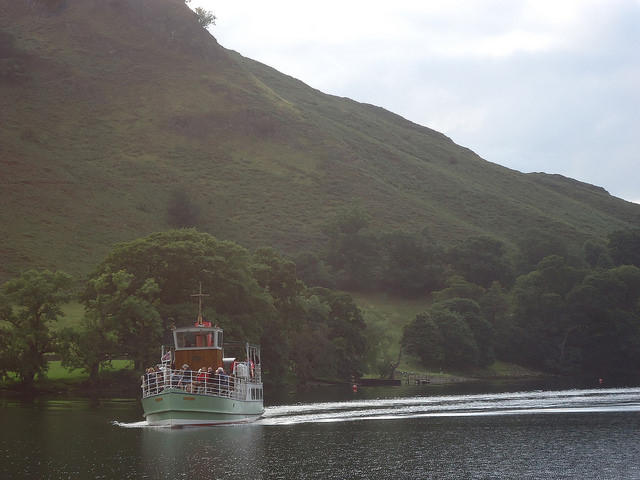 Blow Off Some Steam

The waters of Ullswater Lake are plied by a fleet of boats called Ullswater ‘Steamers’, which are modern-day descendants of 19th Century steamboats that used to ferry locals, tourists, and goods to-and-fro on this seven-mile-long lake. Today, it’s all about pleasure cruising, and watching the water chop from the deck of an Ullswater Steamer (or in the swanky wooden-paneled parlor below deck) is the quintessential Ullswater experience. In the morning, you’ll ride beside a bright-eyed and bushy-tailed bevy of walkers, cyclists, and their canine friends, with late afternoon cruises sedate and full of folks reviewing the pictures they took while exhausted dogs snooze at their feet.

Tip: The best value is definitely the ‘Round the Lake Pass’ as it allows unlimited rides on the ships, allowing the holder to hop on and hop off at their pleasure.

Walking is without a doubt the most popular activity around The Lakes, and strolling on the Ullswater Way is a fine way to spend a day. It’s a twenty-mile-long path around the lake that weaves its way through storybook lakeside villages, under waterfalls, and gently up to ancient stone circles and vantage points that show off sweeping views of the water and countryside below.

Tip(s): Approaching Howtown from Glenridding on the Ullswater Way, make a detour up Hallin Fell, a heather-strewn hill home to friendly sheep and a spectacular view. Once you’ve returned to the trail from sipping in the vistas, follow the path to the Howtown Hotel and its most peculiar public bar, where you’ll sip delicious beer from local Tirril Brewery in an atmosphere reminiscent of a vintage film. 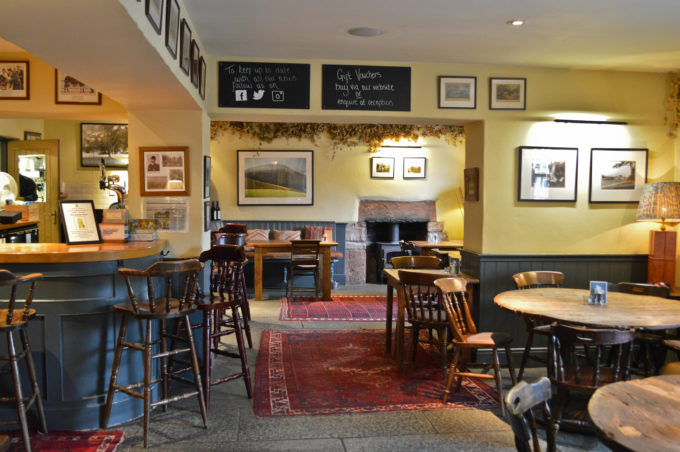 Just a few miles from Ullswater Lake in the village of Clifton, the George and Dragon is a cozy-yet-chic country inn and pub/restaurant, and a magnificent base for exploring the lake. Most of the produce and meat served is sourced from the owners’ own estate, with dinner (think tender ox cheek with creamy risotto and decadent cheese souffle) bring a gourmet gastro-pub affair and the bountiful English breakfast in the morning sure to keep you fueled for scaling hills well into the afternoon.

The rooms at the George and Dragon are light and bright with splashes of floral touches, which balance out the rustic wood beams in the hall of this old coaching inn brilliantly. The pub and its crackling fireplace are also worth noting for pouring fine beer and being home to an engaging and bend-over-backwards staff.

The George and Dragon: www.georgeanddragonclifton.co.uk