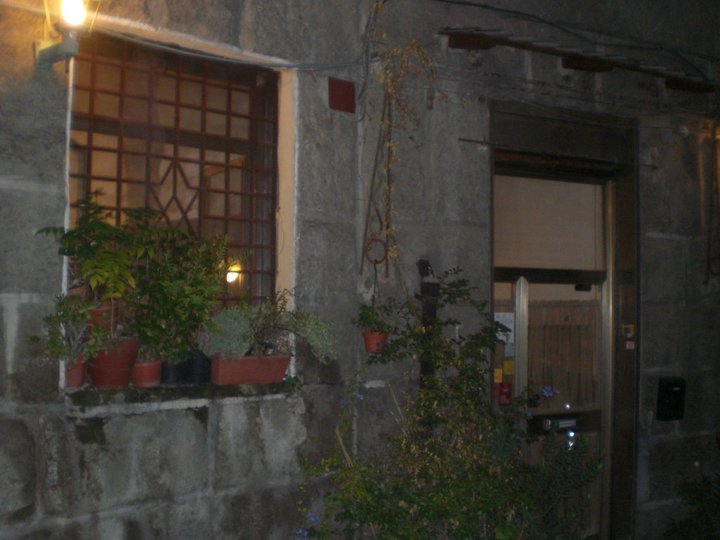 Next to history and gorgeous scenery, eating is one of the things that make a trip to Europe so magical.

And nearly every corner of the continent has a culinary specialty that screams out to be eaten by the food-focused traveler.

Dreaming of a summer trip France? I’m pretty sure some cheese and wine have been floating through that equation. Going to Germany? You’ve probably already been bragging about all the pretzels and roast chicken you’ll have at a German beer festival. Swinging through Spain? Tapas are surely atop your list.

But nowhere, and I mean nowhere commands the attention of travelling foodies like Italy.

Every time I go to Italy, I am on the lookout for ‘off-the-eaten-path’ type spots, and thanks to Anthony Bourdain, I discovered Il Timoniere in Rome, and I can’t recommend the place enough.

I used to record No Reservations all the time and especially took notice of the Rome episode that aired since it was on mere weeks before I would be in the Eternal City. I found it entertaining, informative, and a little slow as usual but it wasn’t until the segment when he visited a Roman “mom and pop” restaurant that I looked up from my laptop and started paying attention.

I was so impressed with the segment on Il Timoniere that I immediately texted my friend who I was going to be traveling with and said “Dinner. Rome. Done Deal.”

A few weeks later, we were without a doubt the only tourists wandering the streets of the Garbatella neighborhood searching for Il Timoniere. Even though the directions we had written down seemed bulletproof, of course we got lost. Through the help of many friendly Romans though, we got back on course for our first course and headed straight down a hidden residential street.

It was a perfect September night, remarkably quiet and still. With all the high rise apartments that enveloped us with their windows open, the only sound in the air was that of televisions broadcasting the local soccer team, A.S. Roma, and the “ooohing and aaaahing” of the fans in their homes. 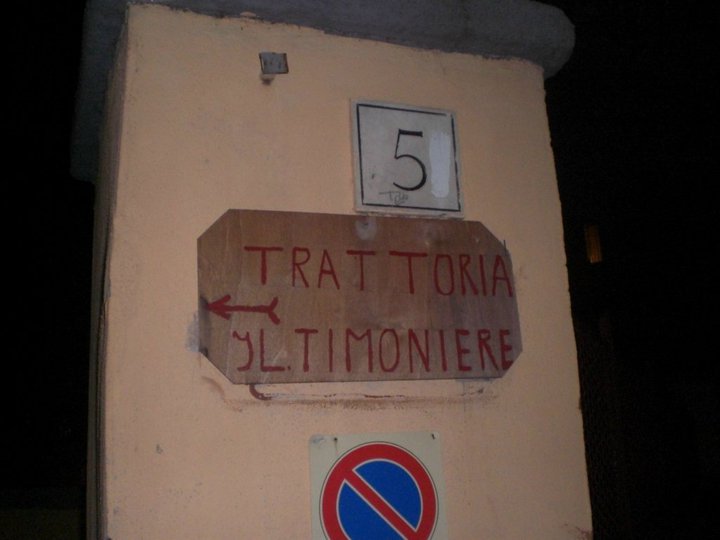 When we finally arrived at the restaurant after multiple wrong locations searched, it was like taking a step back in time. The name of the restaurant was sketched into a piece of wood out front and it appeared to be in the courtyard of a residential building.

We were seated and became only the second table being served. There wasn’t one word of English on the menu, and that was just what we were hoping for.

What followed was a mouth-watering procession of prosciutto-wrapped buffalo mozzarella, carbonara with zucchini flowers, Spaghetti Amatriciana, and Tiramisu. The dishes tasted as good as they had looked on television and then some.

The family dog that was scouring the floor for scraps and the peeling wallpaper complimented the “mom and pop” feel, but it was the warm, family-run atmosphere that made Il Timoniere the highlight of my time in Rome.

Go to Il Timoniere on your next trip to Rome, you will not regret it.