One of the caveats of the super cheap car rental deal we found was that the pick-up location was on the outskirts of Amsterdam. As a result, the Ardennes road trip began in a town called Hoofddorp, Holland.

We actually spent our first week on Dutch soil last year in Hoofddorp, so it was nice to see it again, as Hoofddorp is a peaceful little place home to a windmill with a cute little goat and cow living under it. Despite having that going for it, Hoofddorp’s two main claims to fame are that it’s home to the world’s biggest structure, um, built entirely from synthetic materials, and the fact that it’s right next to the airport.

I called the super cheap rental car agency ahead of time and asked all the pertinent questions about our upcoming car rental. Will the fact that I only have an American license and no insurance to speak of present a problem? Am I allowed to drive a canine across international borders? The final question, “you’re close to the Hoofddorp train station, right?” was met with a brief bit of silence before being affirmed, so I guess I should have seen what happened next coming.

Oblivious to the impending doom, I exited the train station and set off in the direction of the super cheap rental car agency for 10 minutes, and then proceeded to get completely turned around and utterly lost. The compass on my phone wasn’t working, so I had to resort to being that weirdo who approaches random people at stop lights asking for directions. After being told by a couple people crossing intersections that they “don’t live there”, which really is the pedestrian’s equivalent of saying “I gave at the office”, I was forced to trudge into a L’Oréal corporate office and bother the poor receptionist.

The good thing about receptionists is that they have to greet everyone with a smile and offer help. After all, for all she knew, I could have been a beauty products magnate coming in to meet with her bosses upstairs about that big upcoming make-up merger (what? haven’t you heard?). After getting some directions, and being assured I was only about 15 minutes away, I set off on a leisurely stroll that eventually led me to the super cheap car rental agency.

Luckily, it was all uphill from there as in no time at all I was behind the wheel of a little red rental for the 15 minute journey back to Amsterdam. We loaded the car up, tossed the Basset in the back seat, and were off to Belgium. We stopped a couple times for some snacks, and a couple hours later we sailed across the border and then followed the highway sign breadcrumbs to Dinant.

Arriving in Dinant somewhere between dusk and dark, we both got a slightly weird feeling about the place. We knew it was low season and all, but it somehow felt even darker and lower than that. Dinant is beautiful, and it is the birthplace of Adolphe Sax, who in turn gave birth to the saxophone, and they have these cute little saxophone-shaped lights strung over the streets, but they hadn’t even bothered to turn them on for us. So just like that, we were off them.

We went into a chain hotel and asked about a room, but it was a little more expensive than we wanted for a town we weren’t currently being blown away by. It was then suggested to try the chain hotel’s sister location in the nearby town of Givet, France. “They’ve had a run on rooms over there because a bunch of workers have been called in to the local nuclear power plant, so they’re sold out now, but if you show up around 7, a room may come available” we were told. And just like that we were off to Givet, France, because when you get the opportunity to stay in a town near a nuclear power plant who is currently importing workers for something pressing, you really have to have pounce on it. 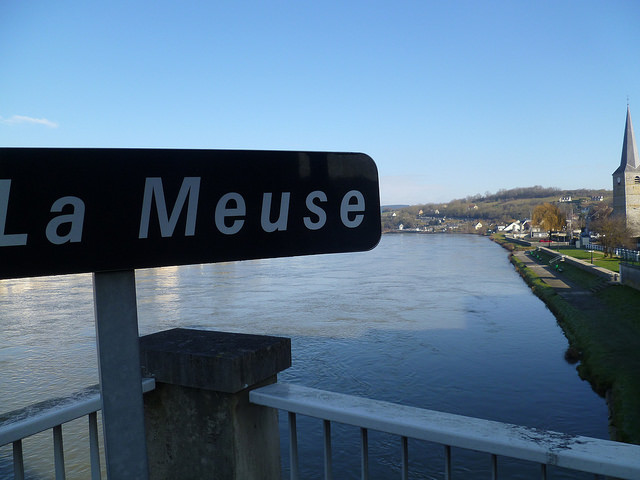 The directions from Dinant were simple as this: cross the bridge, turn left, and then follow the Meuse River all the way to Givet. This jaunt was our first true hint of something travelly, as the last traces of daylight were glancing and dancing off the Meuse as we coasted along her banks for 20 minutes until we were in France and weaseling ourselves into the last open room of the night. After settling the Basset Hound in the room we set off for a dinner you would only expect to find on the Belgian/French border: Frites, beer, and an entree of shrimp in a creamy cholesterolaise sauce.

In the morning, we made the most of Givet by strolling with Holly along the riverbanks under a bright sun and raiding the local Patisserie, making off with beignets, eclairs, quiche, and some sort of apple pastry thing. We also saw a beaver, well, what we think was a beaver, swimming in the river there. Givet is a pleasant town for sure, and while I can’t say if I will ever be back, I can definitely say I enjoyed my stay, and that’s all you can really ask for. 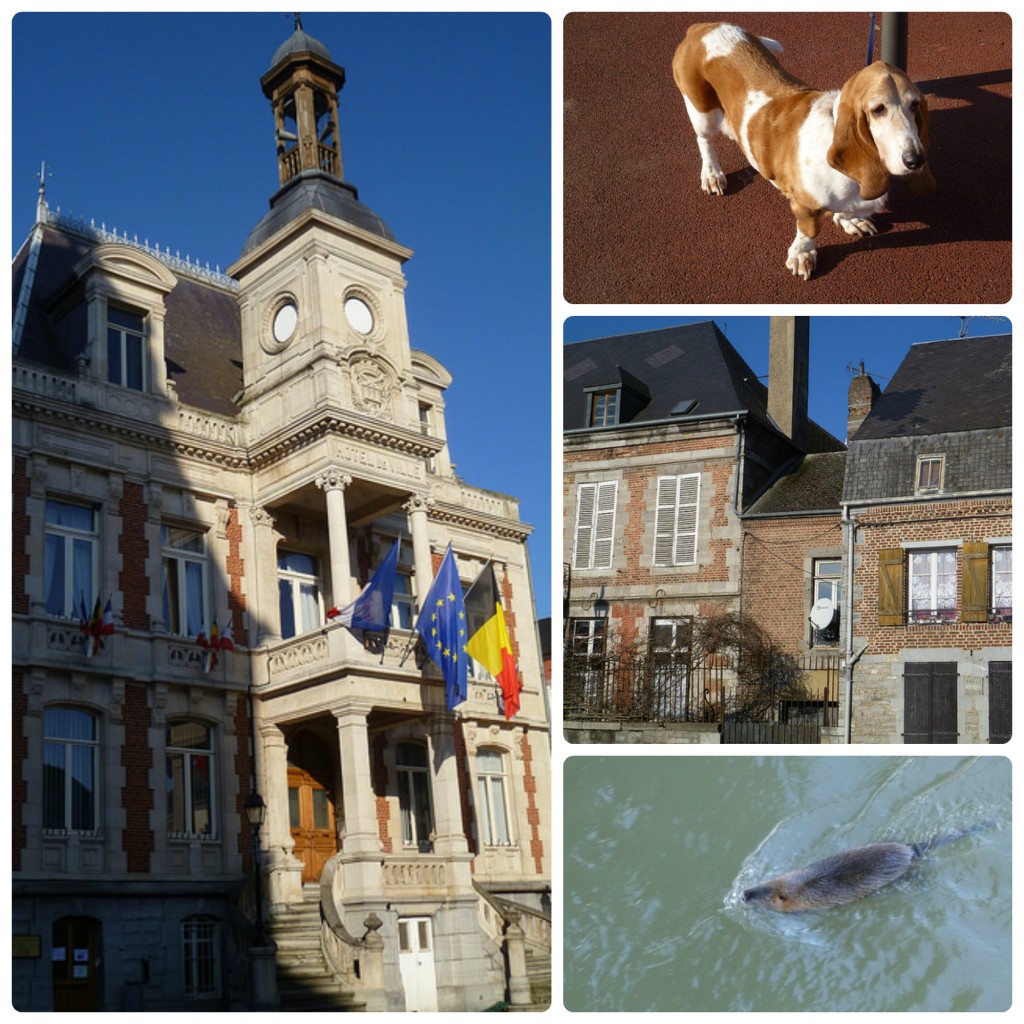 It was time for us to move on to a mysterious land known only to the most dedicated of high school geography students and creative accountants everywhere: