Among other things, like being located in between Luxembourg and our home in Amsterdam, Belgium is known for being the home of a handful of the world’s tastiest treats.

Waffles, beer, mussels, chocolate, chocolate mussels, beer waffles, to name just a few. I have actually even heard tales of waffles being sold with chocolate on them if you ask the right person. The other snack that they are really famous for in Belgium is their french fries, or as they are known all over the country and on the new menu at your local casual chain restaurant: frites. 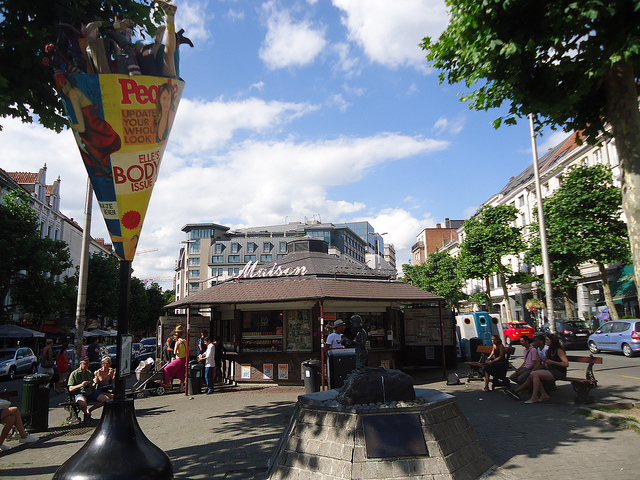 It’s hard to articulate or exaggerate the position in the national consciousness that frites hold in Belgium. From what I can tell based on my trips and our short stint living in Brussels, frites in Belgium are equal parts quick and convenient comfort food, bonding ritual, and source of local pride. A trip to your favorite friterie or fritkot as they are known is akin to going to your favorite ice cream stand in the summer. They are a spot to gather, relax, and chomp down with reckless abandon.

Okay, okay, I hear you saying “Seriously, what’s the big deal with these things, Scott? You’re always banging on about them, I mean they’re just fries, after all, aren’t they?”

Well, when done right, they are so much more than just fries. I’m telling you, a proper batch of Belgian frites are a steaming collection of crisp and crunchy pylons with a warm and pillowy stuffing that tastes like a tiny, albeit slightly greasy, slice of heaven.

Heaven with your choice of sauce splattered on top. 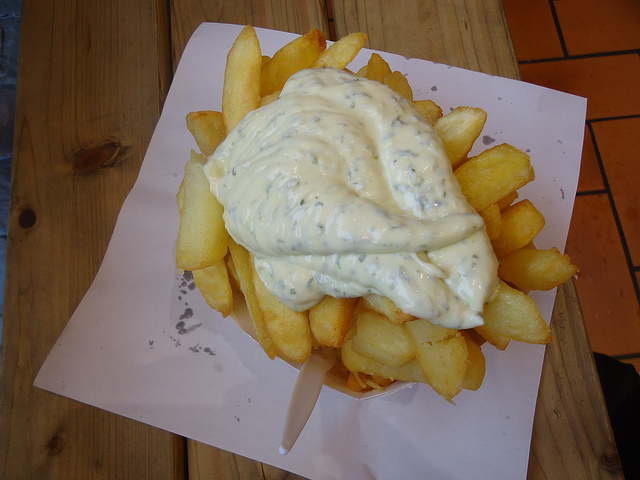 Frites play such a big role in Belgium that some people even say that the bold yellow stripe on the Belgian flag is an homage to the golden hue of a fresh batch of frites. Of course, some people being me, and me being the type of person who likes to make things up.

So, where were we? Oh yes, all three of us were piling into the car saying our fond farewells to the lovely Chateau Urspelt. It’s such a lovely place, that one of us began carrying on like they didn’t want to leave and started whimpering, whining, and barking, making a big scene and I’d like to take this opportunity to apologize to Julia and Holly for embarrassing them like that. We then slowly scaled the snowy roads of Luxembourg back into Belgian territory and directly into a frantic search for just the right frites pit stop. 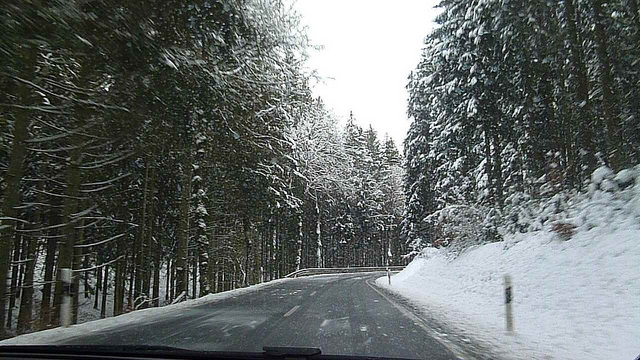 While careening through the side roads of Belgium, we saw friteries almost everywhere. I mean, we knew they loved their frites, but this was just silly. Every few miles we would come around a bend in the road or spin off a roundabout to see a homemade sign showing frites hammered to a pole in an attempt to lure customers to pull over and eat at their shop.

Sometimes, in the middle of absolutely nowhere. “Only in Belgium” we would say and shake our heads. Unfortunately, we always noticed the signs a bit too late to stop and as a result rolled into the spa town of Spa still hungry.

Yes, that Spa town. Renowned for being home to healing thermal waters and the place to made the word Spa famous the world over, I thought it would be fun to stop in Spa, because it was supposed to be pretty. It wasn’t really that pretty.

I guess we can say that we saw the place that started it all though, and that is worth something I suppose. And think of this for a second, if this Belgian town that became fashionable among Europe’s elite for its healing waters would have been called Dorf or something else goofy, groups of ladies would be spoiling themselves with a day at the Dorf today.

We drove off dejected and were just about to get back on the highway and end up rolling all the way back to Amsterdam hungry when we saw it.

In a little wooden shack on the side of the road that resembled a concession stand at the local little league park, there stood Friterie Claudy. We pulled up, I went in, fumbled my way through some French and came out the victor with a steaming batch of fried potatoes. We devoured them in the front seat and luckily they turned out to be one of those heavenly batches that I was banging on about before. 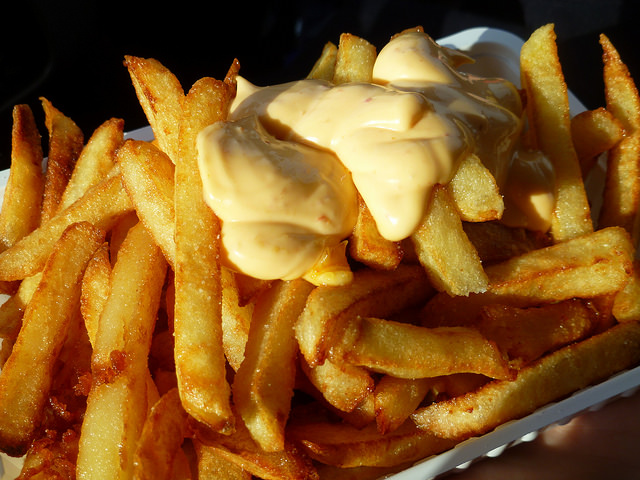 Scarfing down those belgian frites in the sunlight was the last official act of the Ardennes Road Trip. I have to say that we definitely went out on top, splattered in a sauce of our choice.